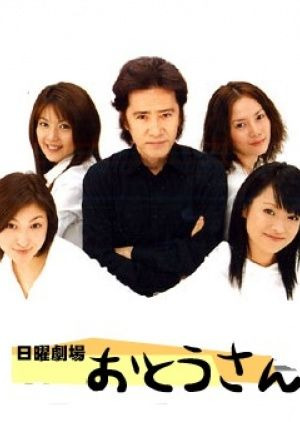 Following the death of his dear wife, a man was left to raise their four daughters on his own. It hasn't been easy and his daughters always seem unsatisfied and arguments are an everyday occurrence. All of them have a secret they can't bring themselves to tell him. The oldest Yu has decided to leave her husband and child and return home. The responsible second daughter, Akira has decided to have another go at her dreams and is planning to leave home. The third daughter, Makoto is a nurse who lacks self-confidence and is secretly renting an apartment so she can live with a dullard. The youngest daughter, Kei has played piano since she was a child but thinks she has gone as far as she can and wants to quit music school. Then one day, he announces he is remarrying. The daughters aren't happy and as they set about trying to stop their father they begin to examine their own lives and personal philosophies in the heart-warming drama.