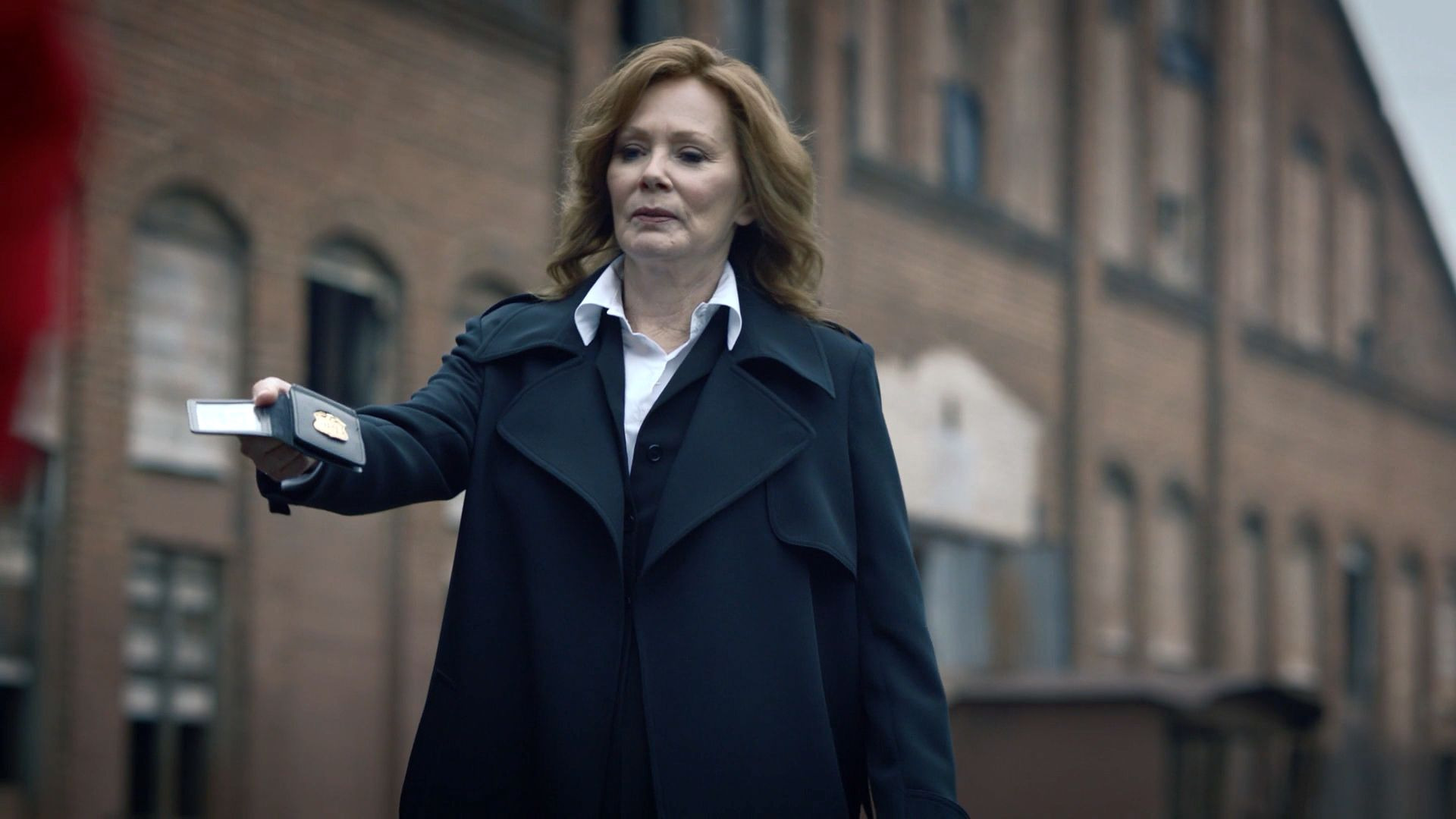 это если бы жертвами были бы в конце так же как и в комиксах только жители Нью-Йорка, но в фильме трупов гораздо больше и были уничтожены крупные мегаполисы по всему миру, включая Москву
Ответить
+7
Kylix
04 нояб. 2019, 19:54
#
Джин Смарт затащила эпизод в одну калитку, браво!
Атмосфера сериала все больше радует, музыка продолжает пробивать. На мой взгляд, это лучшее, что сейчас в эфире.
Ответить
+44
schweppes
04 нояб. 2019, 21:16
#
There’s this guy. He’s a bricklayer. And he’s really good at it. He’s a real master of his craft, because he’s precise. Every brick has its place. Anyway, this guy has a daughter. He’s gonna teach her to be a bricklayer, because, after all, all a man has is his legacy. So dad decides to build a barbecue in the backyard. He does the math. He figures out exactly what he needs. And he shows the daughter everything, step by step. And when he finishes, it’s a beauty. It’s a perfect barbecue – just the way he drew it in the blueprints. Only one problem: there’s a brick leftover. One single brick. The guy freaks out. He must have done something wrong. He’s gonna have to start all over again. So he picks up his sledge hammer to knock the thing to pieces. And suddenly his daughter says, “Daddy, wait. I have an idea.” She picks up the orphan brick, and she throws it up into the air as high as she can. And …. And … And then, shit. I messed it up.

Okay forgot that joke. Can I tell you another one?

Three heroes die and they all show up at the pearly gates. God’s there to decide what their eternal fates are going to be – heaven or hell. Our first hero is dressed up like a big owl. And God says, “I gifted you the ability to make fantastic inventions. And what did you do with this amazing talent?” And the Owl Guy says, “I made this really awesome flying ship, and lots of cool outfits and weapons, so that I could bring peace to the city.” God asks, “So how many people did you kill?” Owl guy seems offend. “Zero,” he says. “I didn’t take a single life.” God frowns. “Sorry, Owl Guy. Your heart’s in the right place. You’re just too soft.” And God snaps his fingers. And the hero goes to hell.

The pearly gates await our next hero in line for almighty judgement. Our hero number two is confident he can game this out, because that’s his God-given talent – smarts. Some might even say he was the smartest man in the world. “So what did you do that big brain I gave you?” asks God. “As a matter of fact I saved humanity,” says Smarty Pants. “Well how’d you do that?” asks God. “Well I dropped a giant alien squid on New York. And everyone was so afraid of it, they stopped being afraid of each other.” “Okay,” says God. “How many people did you kill?” Smarty pants smiles. “Three million, give or take. But you can’t make an omelet without making a couple eggs.” “Christ,” God says. “You’re a fucking monster.” “Am not,” says Smarty Pants. God snaps his fingers. And the hero goes to hell.

We’re down to the nitty-gritty now. One hero left. God cracks his knuckles, ready to administer the final reckoning. Now, hero number three is pretty much a god himself. So for the sake of telling them apart: he’s blue and he likes to stroll around with his dick hanging out; he can teleport; he can see into the future; he can blow shit up – he’s got actual superpowers. Regular God asks Blue God, “What have you done with these gifts?” And Blue God says, “I fell in love with a woman, I walked across the sun, I fell in love with another woman, I won the Vietnam War. But mostly I just stopped giving a shit about humanity.” God sights. “Do I even ask how many people you’ve killed?” Blue God shrugs. “A live body and dead body have the same number of particles, so it doesn’t matter. And it doesn’t matter how I answer your question, because I know you’re sending me to hell.” “How do you know that,” asks God. And Blue God sounds very sad when he softly says, “Because I’m already there.” And so a mere piston in the inevitable machinery of time and space, God does what he did and what he will do: He snaps finger. And the hero goes to hell.

And so it’s been a long day at the pearly gates. All the heroes have gone to hell. His work done, God’s packing up to go home. And then he notices someone waiting. But it’s not a hero. It’s just a woman. “Where did you come from?” asks God. “Oh, I was standing behind those other guys the whole time. You just didn’t see me.” “Did I give you a talent?” God asks. “Nope, none to speak of,” says the woman. God gives her a good, long look. “I’m so sorry. I’m embarrassed. This almost never happens. But I don’t know who you are.” And the woman looks at God and she quietly says, “I’m the little girl who threw the brick in the air.” And a sound from above: something falling, the brick. And God looks up, but it’s too late. He never saw it coming. It hits him so hard, his brains shoot out his nose. Game over. He’s dead. And where does God go when he dies? He goes to hell. Roll on snare drum. Curtains. Good joke.
Ответить
+32
schweppes
04 нояб. 2019, 21:35
#
@schweppes: На самом деле очень хорошая метафора от Лори. Кто же символизирует бога? Правительство США? Само осознание правды которую надо держать в секрете?....